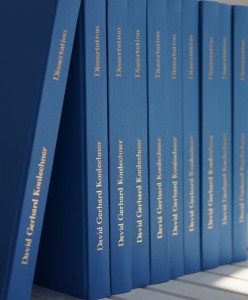 Hydrogen is considered as important component of an environment-friendly energy mix for future generations. Thus research on sustainable hydrogen production processes is a logical effort. The dual fluidized bed biomass steam gasification process is a state of the art technology. By following the polygeneration concept, this process can be used as reliable starting point for the production of several chemical products, electricity and heat out of renewable resources.

The work in hand has its focus on the separation of sustainably hydrogen from the product gas of the biomass steam gasification process. For executing this task the gas permeation technology was used. The gas source for all experiments performed was a bypass stream from the biomass steam gasification plant located in Oberwart, Burgenland. Experiments were executed for in total more than 1200 operation hours and the generated hydrogen reached fuel cell specification. To reach this goal, several process steps were necessary and gas permeation was one of them.

The experiments were executed with a tailor made installation for gas permeation. Within the ongoing work this setup was upgraded to enable several tests. With this procedure a process gas analyzer, a gas preheating device, shell heated membrane modules and a second membrane stage were implemented. The control of all these devices as well the already installed ones was merged in a professional process control system.

In the frame of this work, the separation performance of two hollow fiber polymer membrane modules prepared by Air Liquide® was investigated. The testing took place under laboratory and industrial site conditions and sample gas was taken from gas cylinders as well as from a bypass stream of the plant. Parameter variation experiments using real process gas and including pressure, temperature and flow variation were the basis for the performance characterization of the modules. In one-stage and two-stage experiments the performance of gas permeation technology for separation hydrogen from product gas from the biomass steam gasification was evaluated.

During long term experiments with process gas the process reliability was investigated. A special interest was given to scaling or aging effects of the used hollow fiber membrane modules. It has to be highlighted that the experiments were executed under real process conditions, including fluctuation and gas composition and also stressing the modules with trace gas components from biomass gasification process.

The results show that the gas permeation process is well-suited for the separation of hydrogen from the product gas of biomass gasification process. Throughout the whole duration of the experiments, no performance decrease of the membrane modules could be measured.

Beside the experiments with commercial membranes also first preliminary experiments for producing reverse selective membrane materials were executed. The target was to develop a membrane material which holds the hydrogen on the pressure side and allows the carbon dioxide to permeate trough the membrane.

Public available at this Link from 2018 .